Monaco and the Heart of Aboriginal and Torres Strait Islander Art 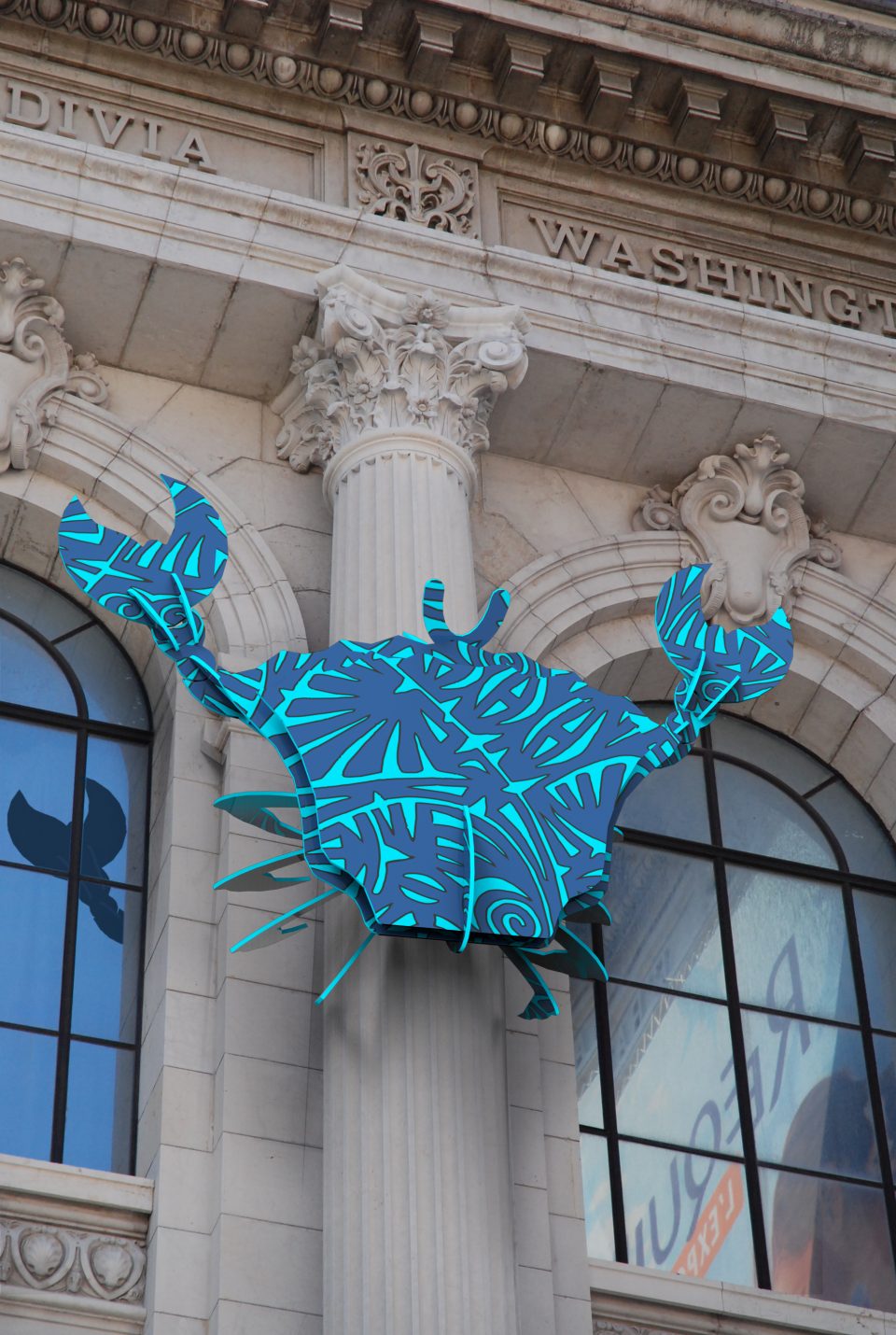 From March to September this year, fifty Aboriginal Australian artists will be displayed inside, outside and atop the historic Oceanographic Museum of Monaco. Their works have been commissioned to respond to concerns about the ocean as a fragile and changing part of our environment. “AUSTRALIA: Defending the Oceans at the Heart of Aboriginal and Torres Strait Island Art” will take over three floors of the magnificent waterside building, and form part of a wider investigation in “Taba Naba – Australia, Oceania, Arts of the Sea People”. The show is being touted as the most complete and ambitious project ever undertaken on this subject by Indigenous artists in Europe. 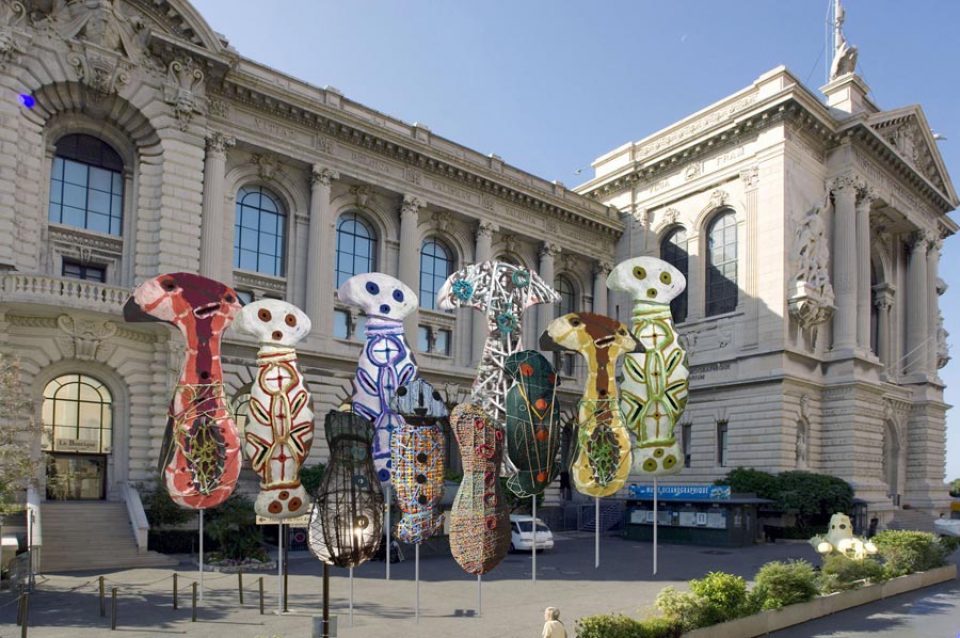 Two other components of Taba Naba are: “Living Waters”, drawing on art of the central desert regions, and “Oceania Islanders: Past Masters in Navigation and Artistic Expression”, which presents the work of Pacific Islanders and investigates their deep connection to the sea. Many of the works in each of the exhibitions respond to the artists’ concerns about pollution and its effects on their daily lives and culture. 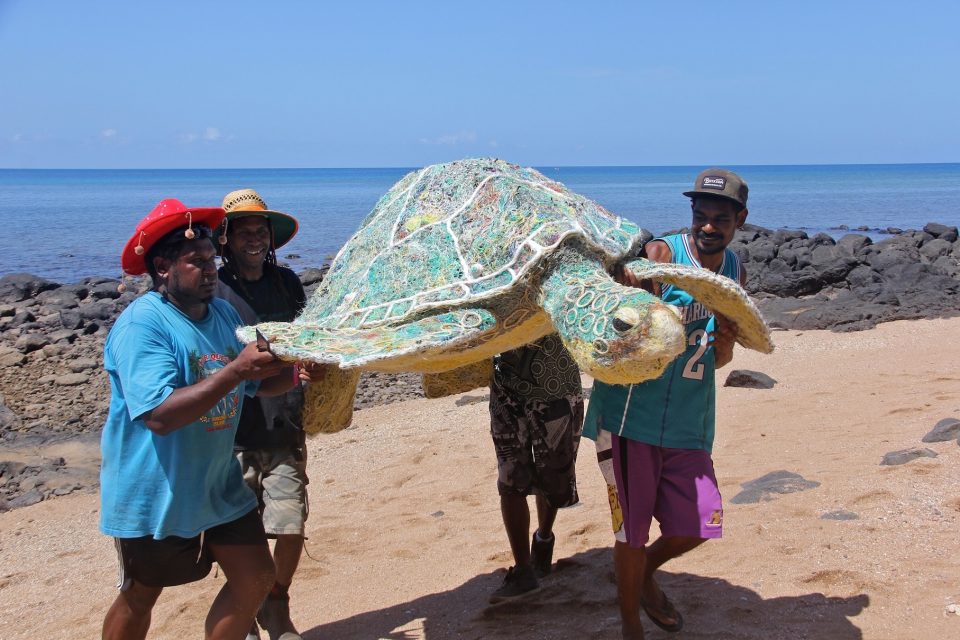 When Aboriginal art specialist and Director of the Arts d’Australie gallery in Paris, Stéphane Jacob, was approached to manage the project, he invited Brisbane based art dealer Suzanne O’Connell to co-ordinate the project in Australia. O’Connell, whose eponymous gallery sits in the heart of Brisbane’s Fortitude Valley, was appointed Associate Curator.

‘When Stéphane and I met with the director and curator of the Museum last April to discuss the project, it was quite apparent to me the artwork created by our Queensland and Torres Strait artists would be the obvious choice to headline the exhibition. These important artworks remind us of the beauty of nature, and the devastation caused by the universal issue of pollution in oceans around the world.” 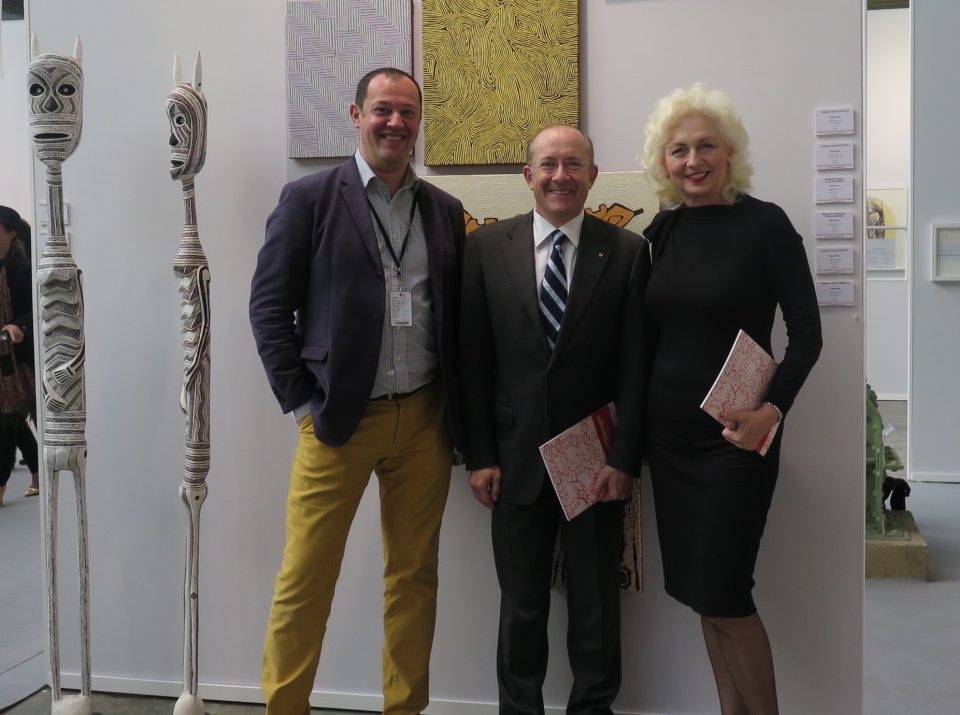 O’Connell and Jacob had known each other for the last fifteen years, and they have for some years partnered at the various art fairs [Art Paris, Parcours des Mondes, and Art Elysees]. Jacob has been at the forefront of promoting Australian aboriginal art in France for the last two decades.

“We looked at the Monaco space together after Art Paris in 2015. It’s all on such a monumental scale. I knew the ghost nets from the Cape [York] would be fantastic, and the magnificent Darnley Island headdresses by Ken Thaiday Senior. The sculptures from TSI {Torres Strait Islands], and of course the Bagu clay figures from Girringun Aboriginal Art Centre.”

The only problem was, she says, that there was no budget, and only ten months to get it all together. 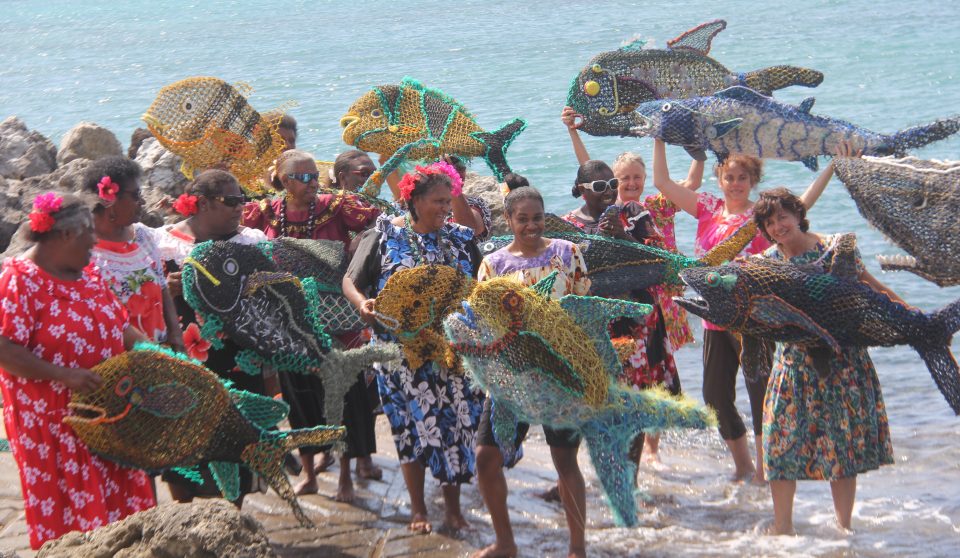 O’Connell is no stranger to a challenge, and “went knocking on doors of private donors, government departments, anyone I could think of.” In a welcome announcement made public in February this year, the Federal Government came to the party with a $500,00 grant as part of the new Ministry of the Arts Catalyst Fund (formerly the National Program for Excellence in the Arts, or NPEA). 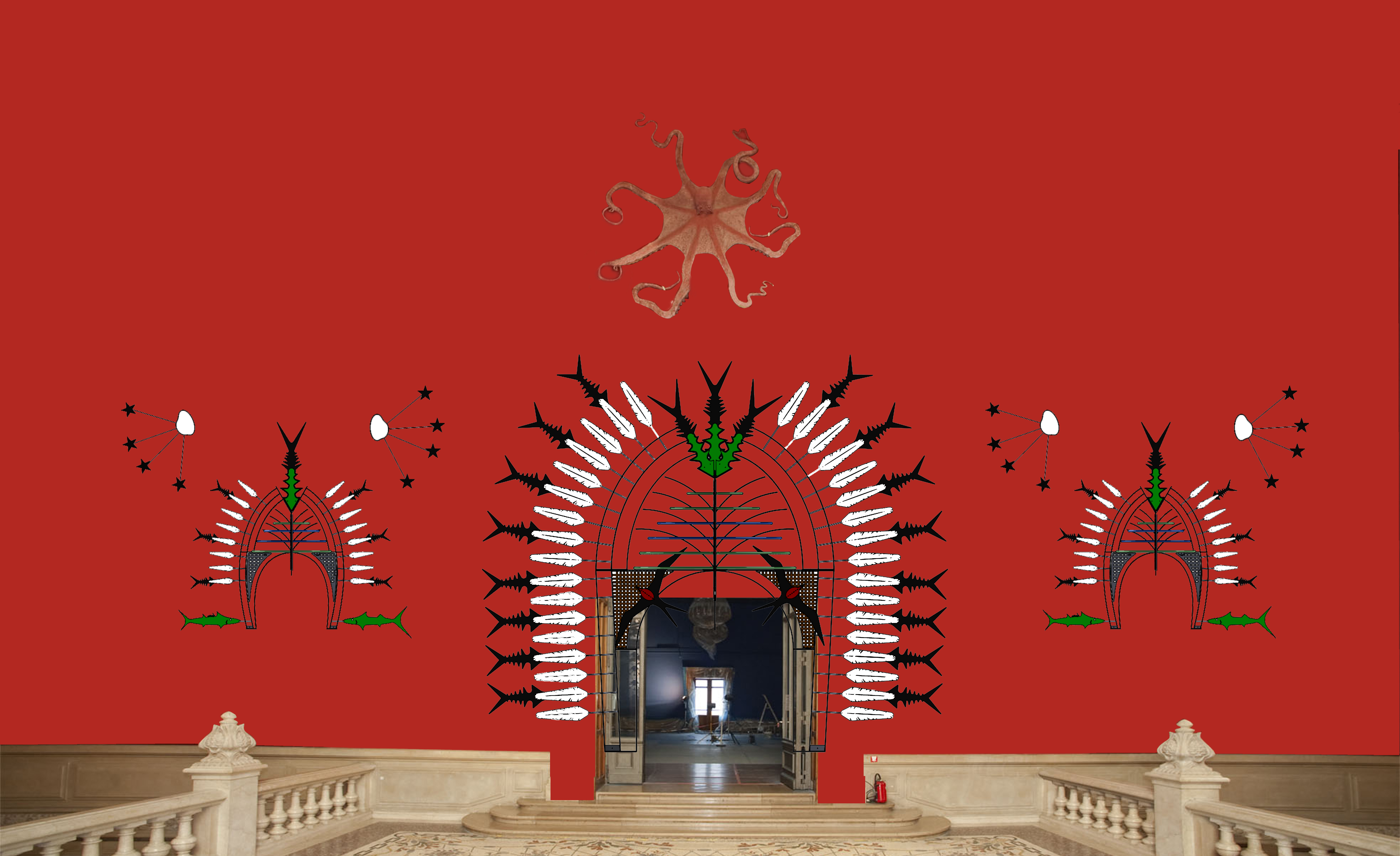 Also on board are CreativeMove’s John Stafford and Jodie Cox, who represent Cairns-based artist Brian Robinson. “Not only is it an honour for Brian to be presented by such a prestigious museum in Europe,” says Stafford, “but it will enable curators, collectors and diverse audiences to appreciate his incredibly high-calibre work. This exhibition will allow the stories of our Indigenous artists to speak directly to European audiences.” 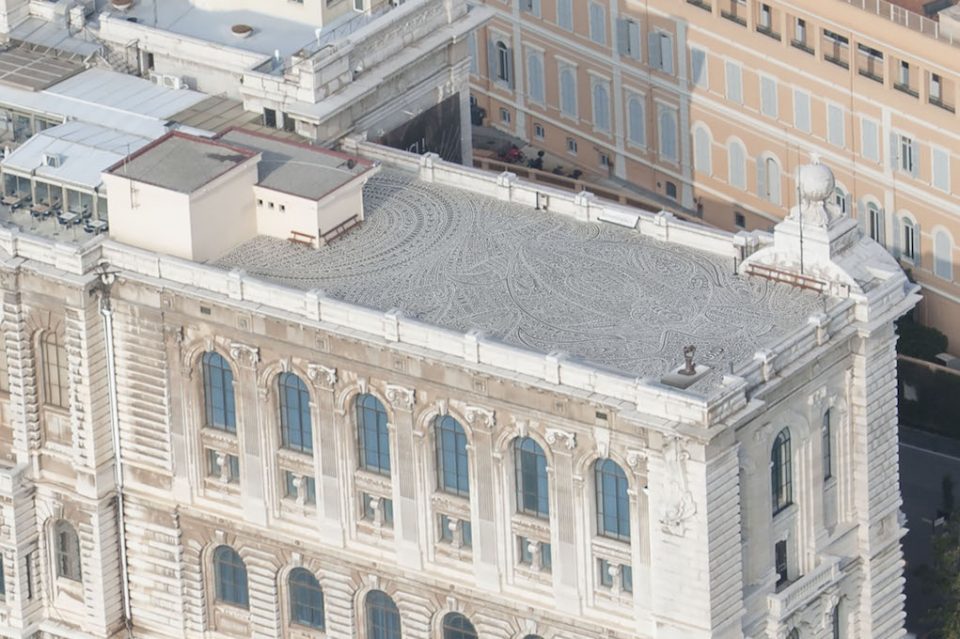 Simulation of Alick Tipoti's rooftop stencil floor installation 'Turtle Mating and Nesting Season' on the Museum terrace. The work stretches to 670sqm, making it one of the largest works ever made by a Torres Strait Island artist.

The prestigious Museum enjoys a spectacular outlook from a sheer cliff facing the Mediterranean, at the base of H.S.H. Prince Albert II’s Palace in Monaco-Ville. The exhibitions will be officially opened by the Prince, who is an active patron of contemporary art and environmental preservation. His great-great-grandfather, Prince Albert I founded the Oceanographic Museum in 1910, and the famous explorer-scientist Jacques-Yves Cousteau was Director from 1957 to 1988. The Museum took 11 years to build, and today houses an extraordinary collection of marine species and maritime objects, including an award-wining aquarium which holds four thousand tropical fish. The research-based institution not only adopts a progressive approach to environmental awareness and marine sustainability, but also in the promotion of contemporary art. Since 2010, major artists have been invited to present works there which have a marine theme. Damien Hirst, Huang Yong Ping, Mark Dion and Marc Quinn have all exhibited works in the past decade. Funds received from exhibitions are funnelled into the research foundation. 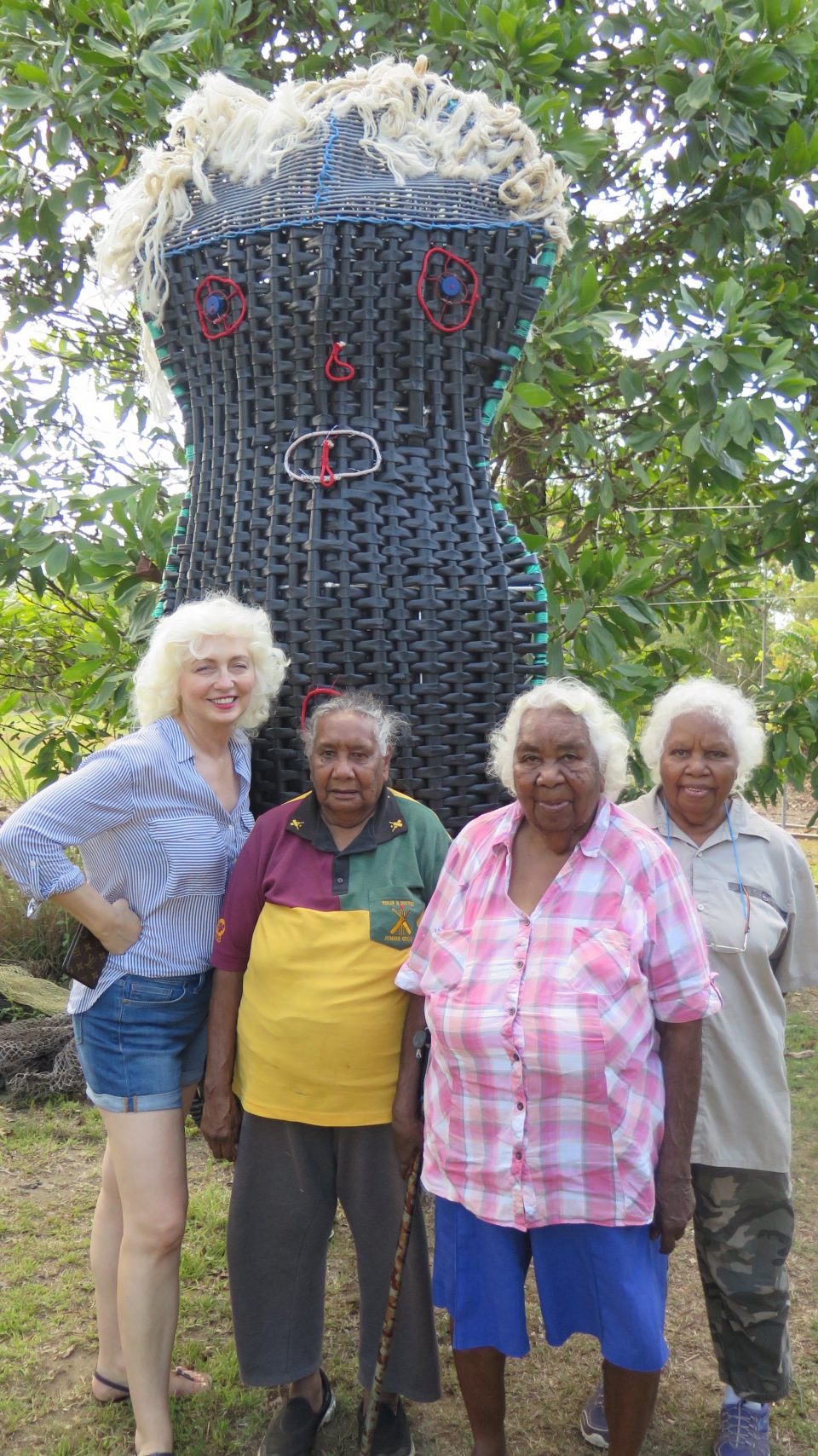 Artists’ geographical and spiritual connections to their country are a key component and starting point in “AUSTRALIA: Defending the Oceans at the Heart of Aboriginal and Torres Strait Island Art”. Works respond to the physical environment and ancestral totems and stories. Alick Tipoti of Badu (‘Mulgrave Island’), Brian Robinson of Waiben (‘Thursday Island’), and Sydney artist Jason Christopher who is working with Ken Thaiday Snr of Erub (‘Darnley Island’) each exemplify this in their monumental projects. Remote communities will also present works, including Girringun Aboriginal Art Centre (North Queensland), Erub Arts (Torres Strait, Queensland), Pormpuraaw Art Centre (Cape York, Queensland) and Ceduna Arts and Cultural Centre of South Australia. The devastation caused by lost or abandoned fishing nets is documented through their lively weavings and sculptures of threatened sea creatures.

The Monaco project will also stretch to the Musée des Confluences in Lyon where extra public programs will be staged to coincide with the Monaco exhibitions, including a special dance performance on 26 March. 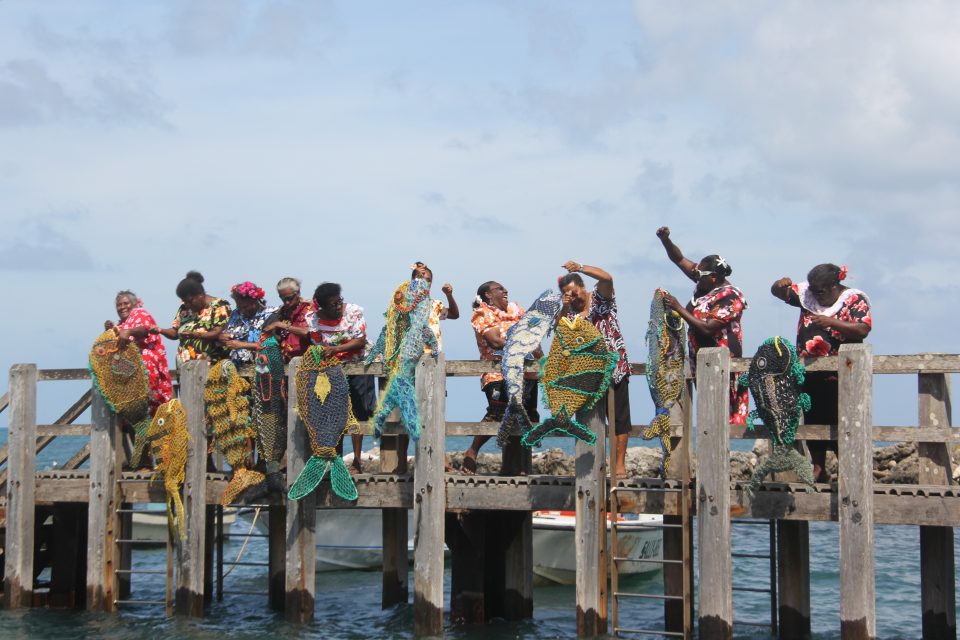 Previous Article
Row Faster George! and be part of the Team 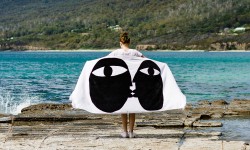 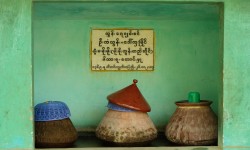