Sydney-based designer Vida Asrina was born and raised in Banda Aceh, Indonesia. In 2004, the tsunami struck her hometown, resulting in mass devastation and a death toll estimated at between 220,000 and 280,000 people. One included her best friend. 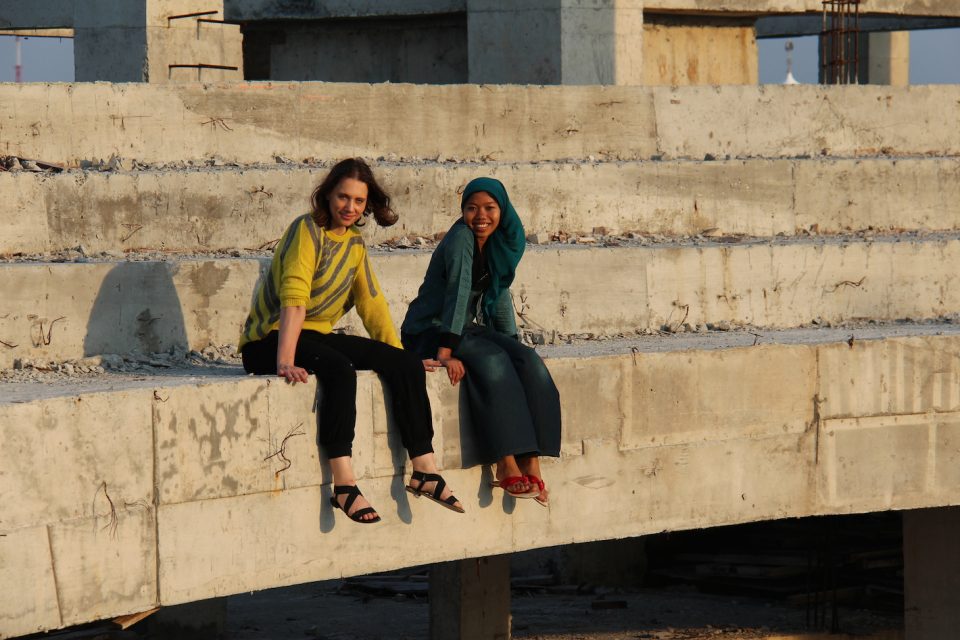 In 2009 Asrina moved to Sydney and began her Masters of Architecture at UTS [University of Technology Sydney], before taking up her current position as Innovation Facilitator at Fusion Labs. At UTS she met fellow architecture graduate Joanne Taylor. The pair share an interest in social change, and in using design to facilitate social empowerment of youth.

Taylor and Asrina also shared a huge passion for coffee. In 2012 they established Kupi Culture in Banda Aceh, a progressive program to assist disengaged youth in the city to find new meaning and business opportunities within the city’s thriving coffee culture. 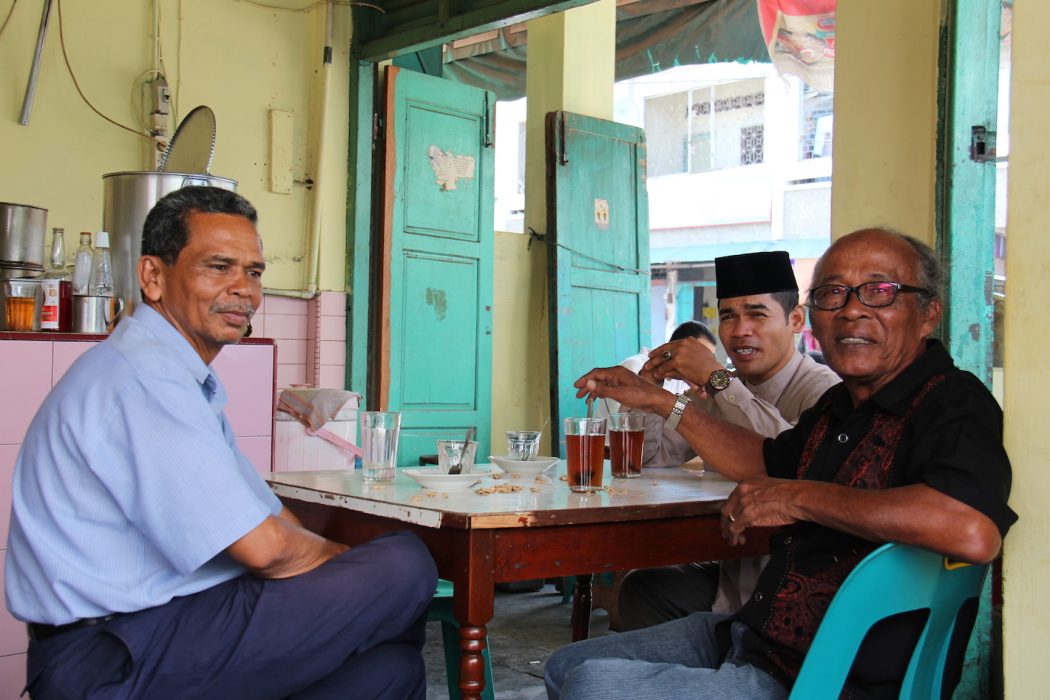 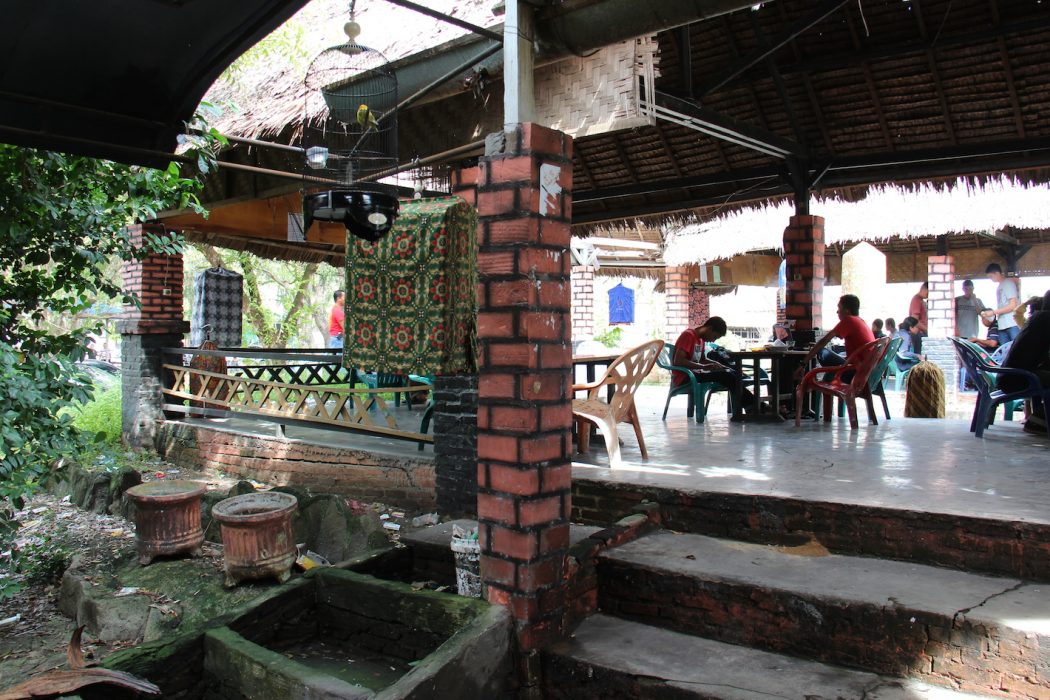 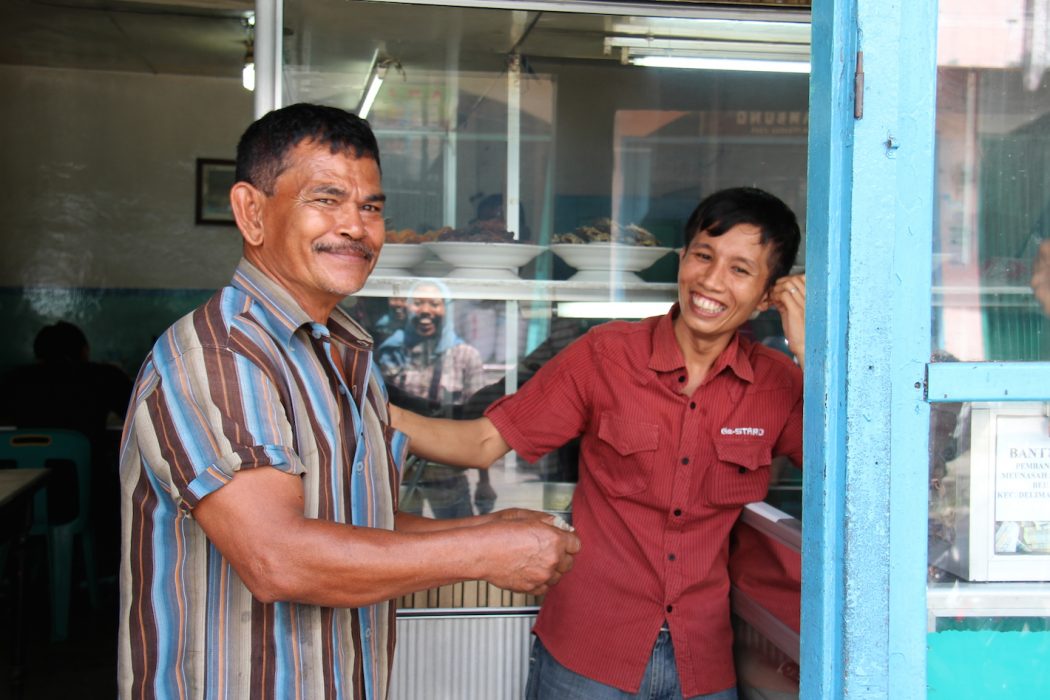 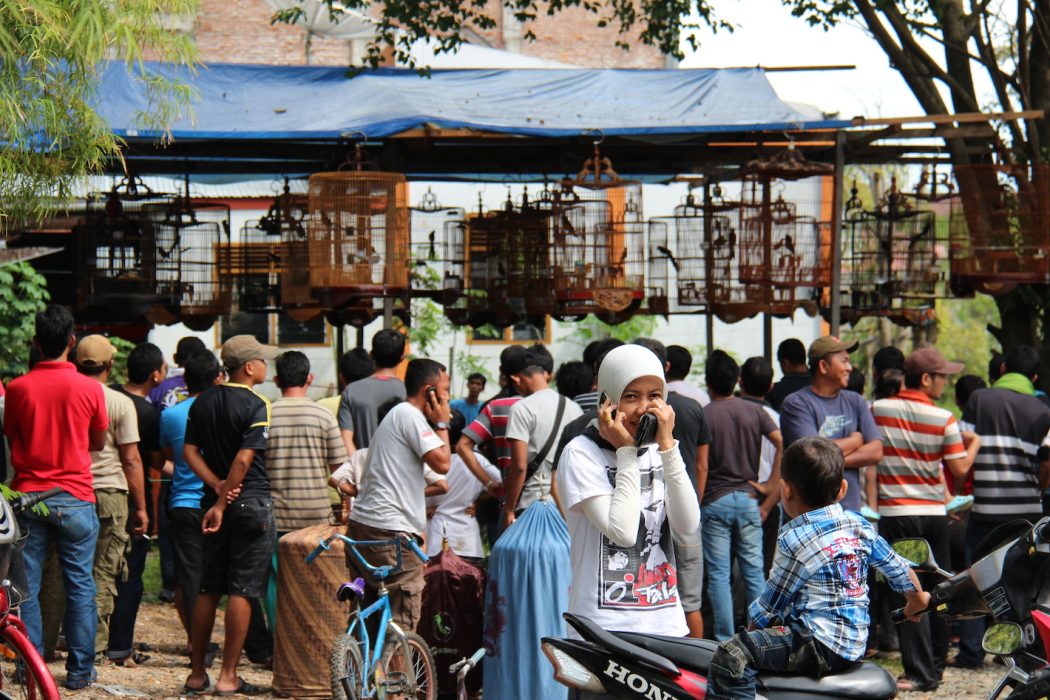 In the days and weeks after the tsunami, coffee shops became the main meeting point for everyone. Journalists needed wifi and a place to write, women and children gathered there in between helping with the clean up. 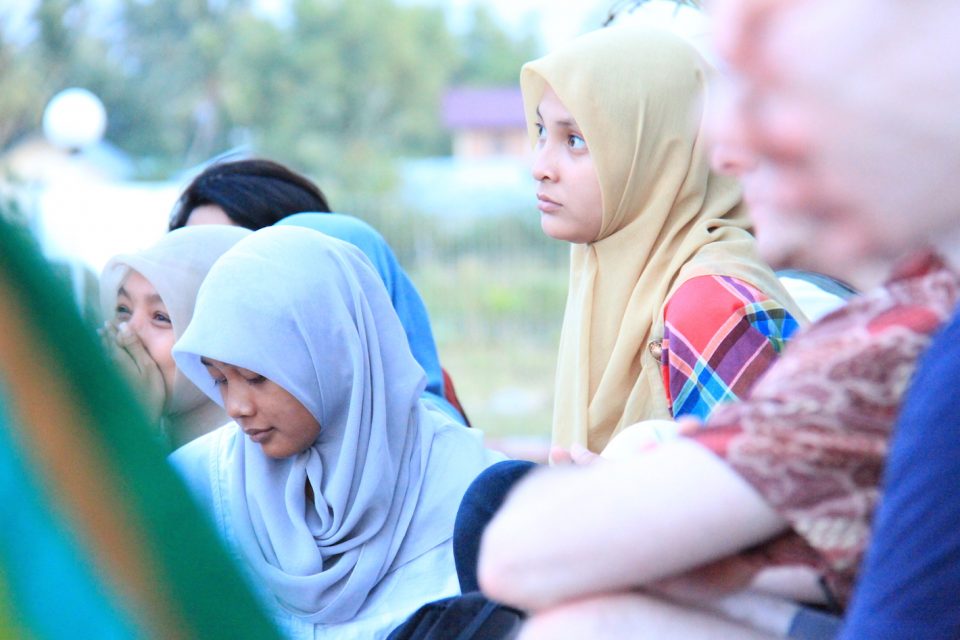 Asrina: “Before the tsunami, coffee shops were important gathering places for men, who would visit after morning prayers. They would network for business as well as socialize before heading off to work. They were not places for women, but after the tsunami, everything changed.

“In the days and weeks after the tsunami, coffee shops became the main meeting point for everyone. Journalists needed wifi and a place to write, women and children gathered there in between helping with the clean up. Poetry was recited, history and other subjects discussed.

“After some time, the coffee shops became hang-outs for young people who had nothing else to do and nowhere to go. They took on a more negative aspect, particularly to parents worried about hours of aimless game-playing and Facebooking.

“More recently, there has been a shift back to reducing the amount of time women can spend outdoors. Under Sharia Law [Bada Aceh is the only province in Indonesia to apply it] and the conservative government, there is now a 10 pm curfew on women.

Taylor and Asrina set up a number of workshops asking the young professionals to devise and sketch how they would like to see their city. 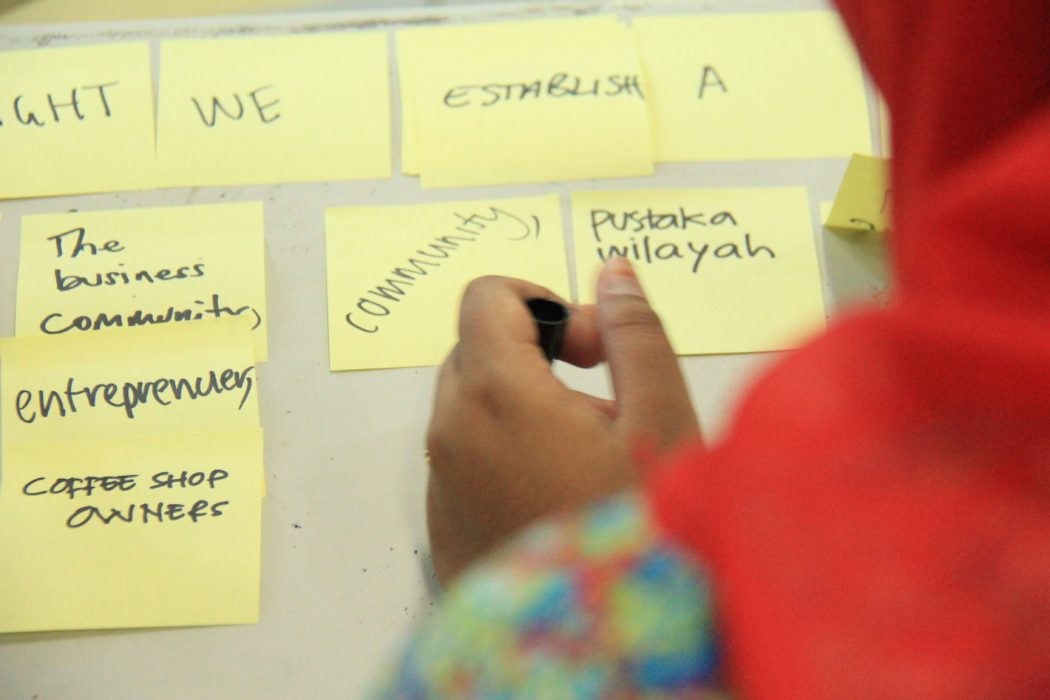 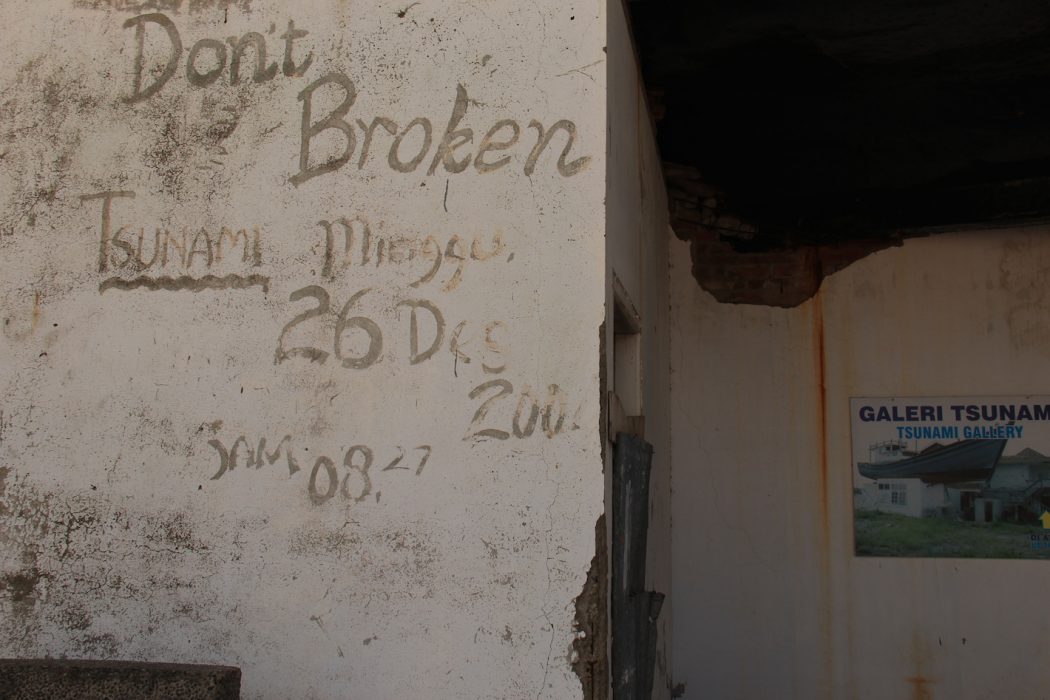 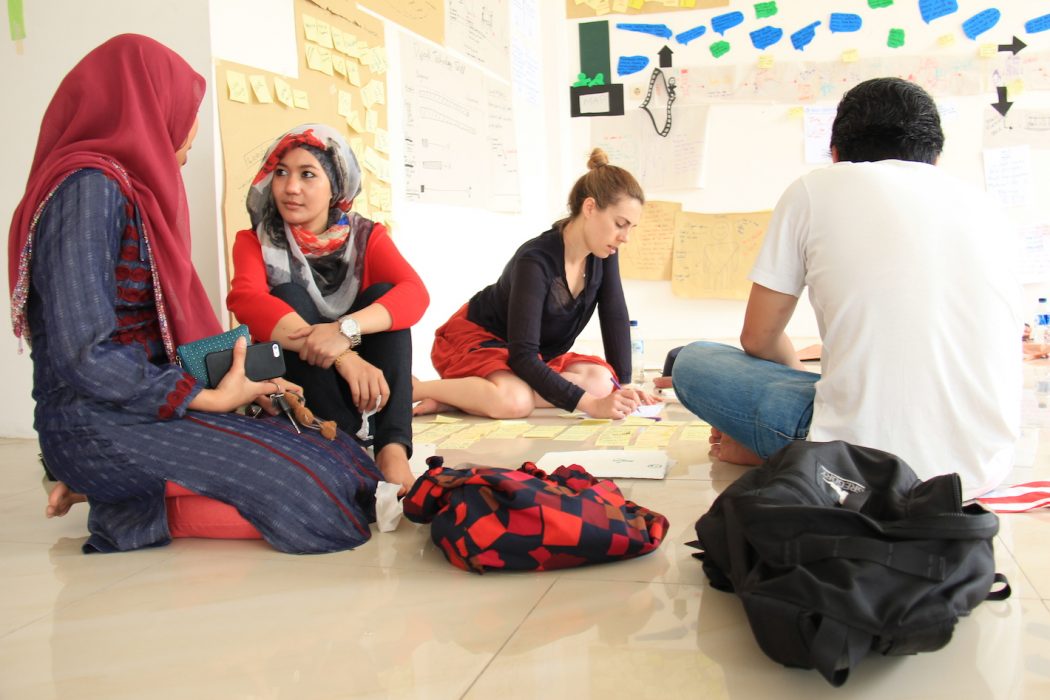 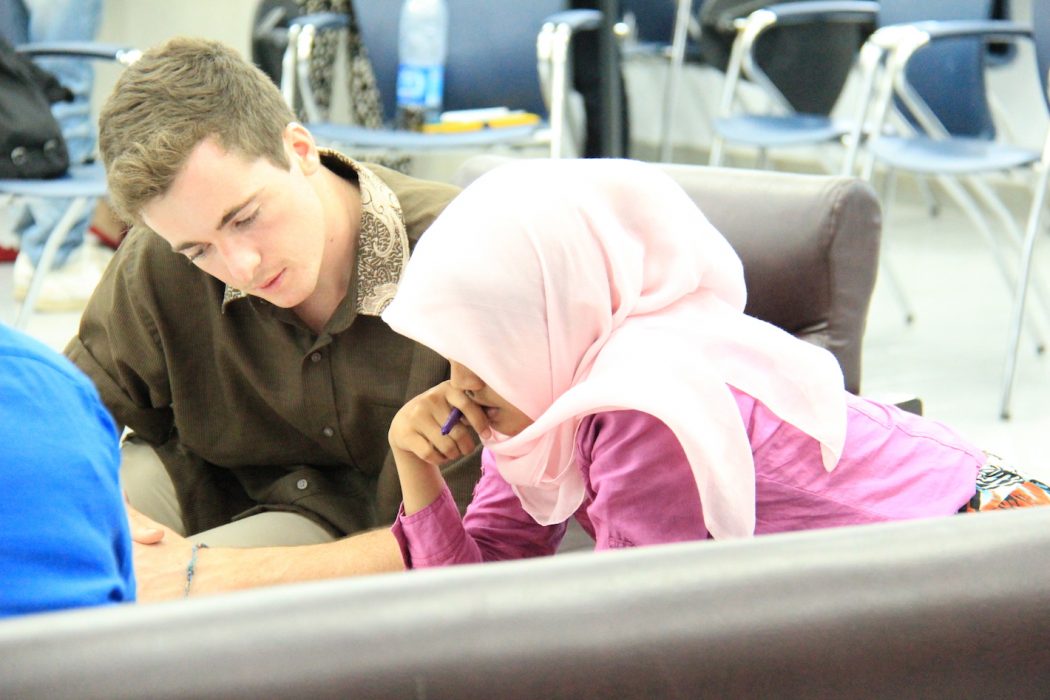 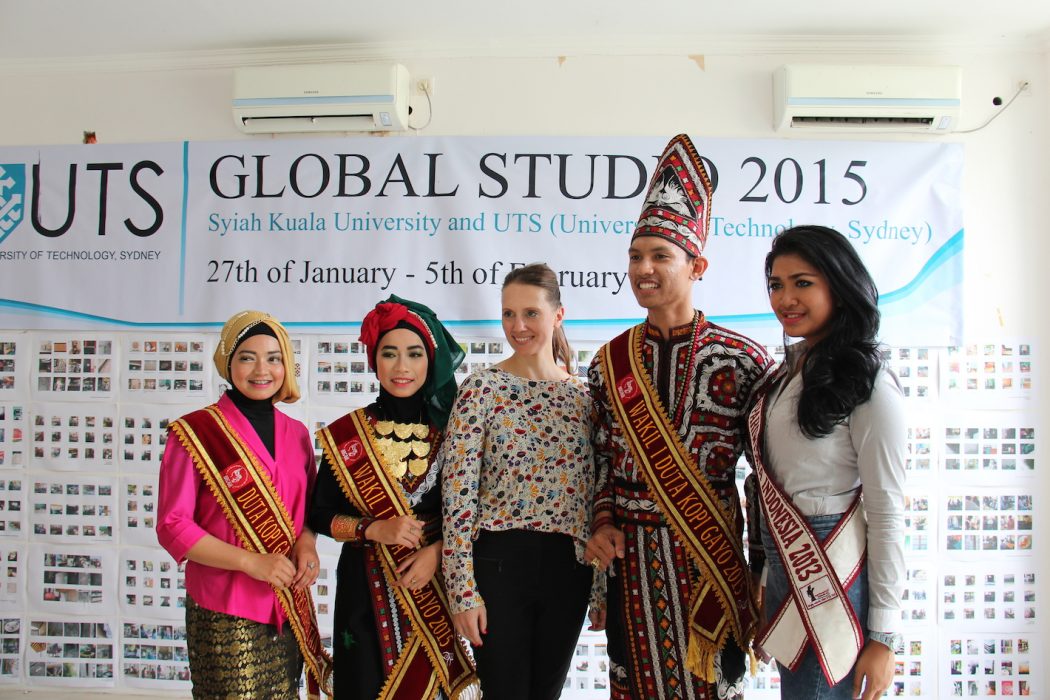 Taylor and Asrina set up a number of workshops asking the young professionals to devise and sketch how they would like to see their city. Since then, scholarships and exchange programs with other universities have further enriched the program, which the two founders describe as a “slow burn”. UTS has provided scholarships to send students to Banda Aceh and participate in Kupi Culture from diverse courses including business, architecture, visual design and interior design. In 2014 UTS interior design students participated in a re-think of the Kupi Culture social space, and presented their results in an exhibition in an old ex-theatre which had been renovated by Samsung corporation as a donation to the city post-tsunami. 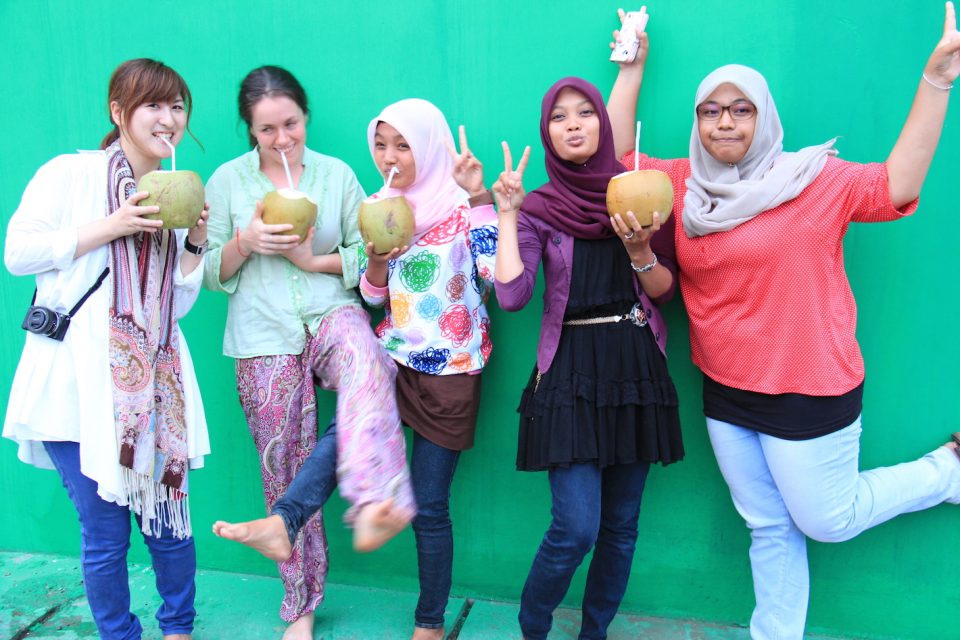 With the high levels of coffee growing and production in Sumatra, the two see scope for further development of the coffee industry, and assisting in creating higher standards of production and increased profits going to farmers. The Coffee Ambassador of the city is a keen supporter of Kupi Culture, which is also supported by the government and Miss Indonesia.

It’s a whole new way of procuring architecture there, which is fascinating. 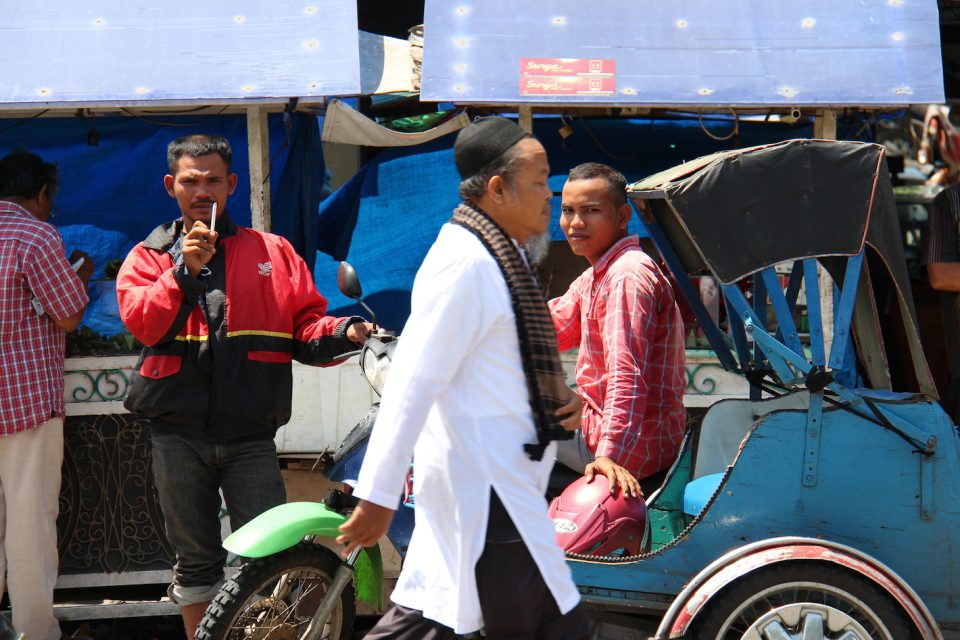 Taylor, an architectural researcher and director of The Boiler House studios (a strategic design and development network in Beechworth, Victoria) has worked on social intervention programs in post-earthquake Christchurch and on sanitation projects in PNG. She first visited Banda Aceh on her way to the Venice Architecture Biennale in 2012. Her research into the cultural needs of Acehnese has resulted in a research paper on the views of the youth followed by a number of “Design Thinking Workshops” and proposals to build new spaces for community engagement. “The government in Banda Aceh is so supportive of our work,” says Taylor.”They really want to be part of a cultural revival. It’s a whole new way of procuring architecture there, which is fascinating….We secure a piece of public land, then propose what we would like to build on it. It’s all about developing relationships slowly and with respect, and collaboration in all areas.”

We didn’t actually see the wave, but the water came to within 300 metres of our house, and there were so many bodies swept up with it. 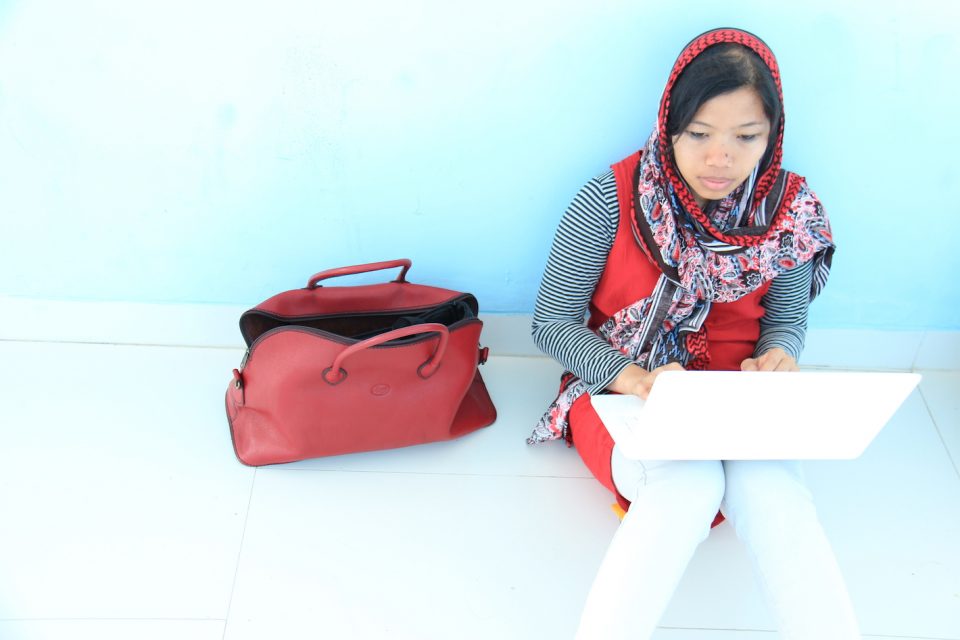 With an unstinting optimism, Asrina relates her own memory of the Boxing Day tsunami that led to the inspiring program:

“I thought it was the end of the world. It was a Sunday morning at 8.15 when it struck. My parents and I had planned to get a 9am ferry over to Sabang Island, but fortunately we hadn’t yet left home to catch it. When it started, we held onto the fence in our garden, and the earth was moving so much it was hard to stay upright. We watched a motorcycle lift up and fall onto our car. We didn’t actually see the wave, but the water came to within 30 metres of our house, and there were so many bodies swept up with it. My little brother had stayed overnight with my cousins, who lived closer to the water and lower down than us. We spent the rest of the day turning over children’s bodies to check if any were him. Later, we found he and all our relatives had survived. I lost my best friend – she was never found. An uncle whom we assumed drowned turned up three weeks later, having been swept out to sea and saved by a fisherman. In a weird way, the tsunami was good for Banda Aceh, because it initiated much international attention and assistance through the Helsinki Peace Agreement. It has been a vehicle for social change.” 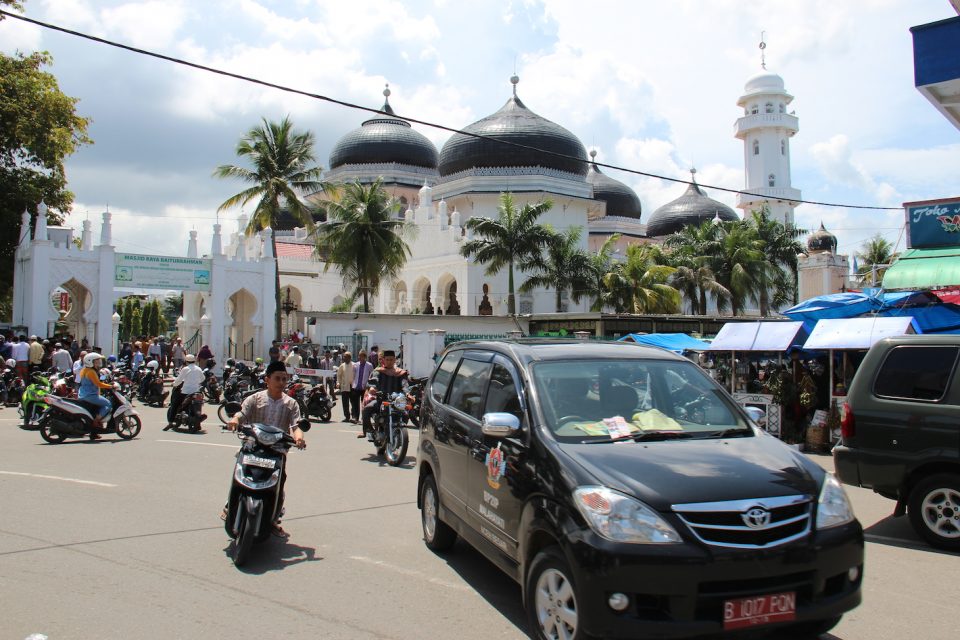 Previous Article
Markets of Hoi An 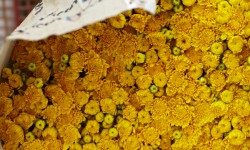 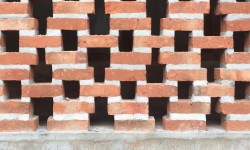